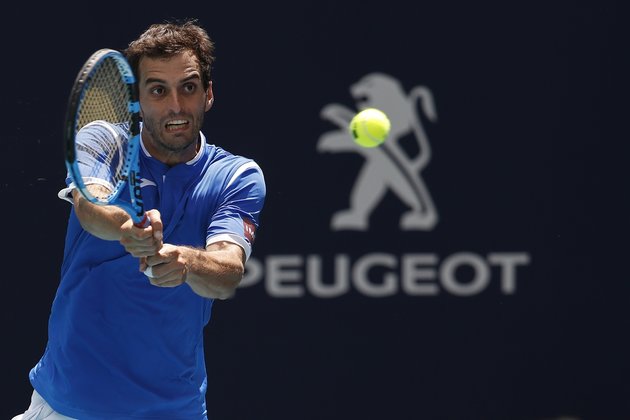 The top two seeds were eliminated in the quarterfinals of the Cordoba (Argentina) Open on Friday, and three Argentines advanced to the semifinals.

Argentina's Federico Coria upset second-seeded Benoit Paire of France 6-3, 6-2. Coria will square off in the semifinals with Argentine qualifier

Neither player saved a break point in the match, but Bautista Agut faced just one break point while Humbert faced four.

Sixth-seeded Radu Albot of Moldova produced a 5-0 advantage in aces en route to a 6-3, 6-4 win over top-seeded Adrian Mannarino of France in the quarterfinals at Singapore.

Next up for Albot is a semifinal meeting with fourth-seeded Alexander Bublik of Kazakhstan, who topped fifth-seeded Yoshihito Nishioka of Japan 6-3, 6-2.

On the other half of the bracket, third-seeded Marin Cilic of Croatia beat eighth-seeded Soonwoo Kwon of South Korea 6-2, 2-6, 7-5, and Alexei Popyrin won an all-Australian quarterfinal against Matthew Ebden, 6-4, 7-6 (7).